Richie has once again put pen to paper to release yet another catchy tune,this time about the ‘’World Wide Web’’. It’s Richie’s brand new single, which will be released this Friday the 18th of February 2022. It will be available on iTunes, Spotify, Apple Music, deezer, Soundcloud and Tidal and can be pre-saved by clicking the link below, “Isn’t that right Johnny?” “That’s right, that’s the truth”. Richie had great craic entertaining all the people who came into his shows at the ploughing match, in the Bridge House Hotel marquee. Luckily the marquee escaped any storm damage. Thanks to all.

Richie’s latest CD Album ”THE BOYS IN BLUE” Featuring The Hit Single, ”Me Name Is Micky Joe” (The Weather Man) will be launched @The National Ploughing Championships, Screggan, Co Offaly on the 18th, 19th and 20th of Sept 2018.
This will be the only live gig Richie has done this year due to Parkinsons. He says, “I have been in the the recording studio singing some new songs and my voice is still strong. So I am now back, ready and rearing to go. I wouldn’t miss it for the world”.

“Isn’t that Right Johnny?” “That’s right, that’s the truth”
“Stay Wut Her Lad, An Face Her For Mount Leinster” 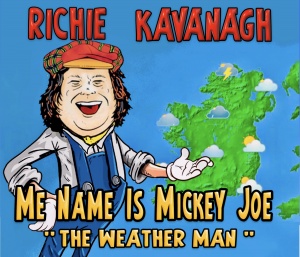 “Me Name Is Mickey-Joe” (The Weather Man)

Written and Produced by Richie Kavanagh.

Richie Has A Brand-New Single Release, “Me Name Is Mickey-Joe” (The Weather Man)Despite being diagnosed, with Parkinson’s in January 2011, he says he will keep on writing and recording songs, as long as his voice holds up.His songs are getting millions of views on Facebook and YouTube. Richie is growing his audience World Wide, to young and old alike.“Chicken Talk” alone, has gotten 15 million views on Facebook.

Richie will never forget when it all started, with his very first single, “The Pothole Song”.
Which was released on a 7 Inch 45 RPM Vinyl Record In 1990. 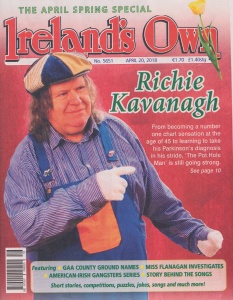 In this weeks Irelands Own there is an article about Richie, his career and battle with Parkinsons Disease. The 11th of April 2018 is World Parkinsons day and despite suffering from Parkinsons Disease since January 2011, Richie is delighted to announce he has just come out of the Roseland recording studio and will have a new single out soon entitled “Me name is Mickey Joe…… “

“Richie having the craic at the Ploughing Match” 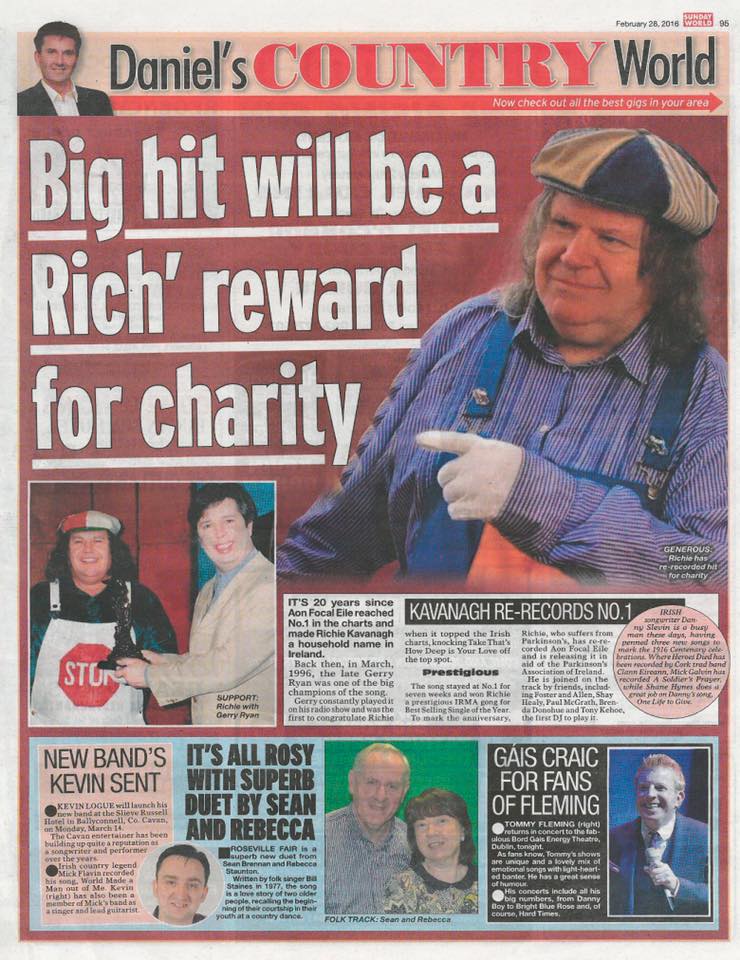